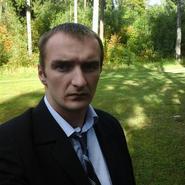 Alexander Bublik flopped in front of the home fans in the inaugural edition of ATP Nur-Sultan last year (R1 against Mackenzie McDonald), and he would be hoping for a better campaign this time around. However, he doesn't have to worry about yet another first-round exit from his home event as he is seeded #2 in the main draw and given a bye in the first round this week.
The big-serving Kazakh's game works quite well on indoor hard courts, and in fact, five of his ten title-winning campaigns (at all levels) so far in his career have come on the surface. He has gone 2-0 in the opening-round matches on indoor hard courts this year, and his best results on the surface in 2021 were finishing as the runner-up to Alexei Popyrin in ATP Singapore and upsetting Alexander Zverev in Rotterdam.
World #34 (career-high) competed thrice in the Challenger event in Nur-Sultan before, and he did well to reach at least the quarterfinal twice in 2016 (quarterfinal) and 2017 (semifinal).
Miomir Kecmanovic snapped his worrying five-match losing streak on the main tour and improved his season w/l tally to 13/20 with a straight-set win over fellow struggler Fernando Verdasco in the first round of ATP Nur-Sultan, 6-4 6-2.
This was the 2020 ATP Kitzbuhel champion's first outing on indoor hard courts this year. The last and only time he managed to score back-to-back main draw wins on the surface (in tour-level events) was in New York in February 2020, where he defeated the likes of Tommy Paul and Ugo Humbert to reach the semifinal.
Head-to-head: 0-0. Considering their ability on indoor hard courts and form over the last few months, Alexander Bublik is expected to hand Miomir Kecmanovic a consecutive round of 16 exit from ATP Nur-Sultan.

Egor Gerasimov made the most of Benoit Paire's lapses in concentration to secure a straight-set win in the first round of ATP Nur-Sultan. The mercurial Frenchman led 5-3 in the first set and 3-1 in the second, but the Belarusian did well to fight back and win both sets, 7-5 6-4.
Former Belarusian #1 will now look to score consecutive wins for the first time since ATP Montpellier (IH) back in February 2021, where he defeated the likes of Andy Murray and Alejandro Davidovich Fokina to make a rare semifinal appearance on the main tour.
The 28-year-old likes playing on indoor hard courts (141/86 in career) and has enjoyed a lot of success in Kazakhstan (at all levels) as well. In fact, he defeated Lloyd Harris and Jiri Vesely to reach the quarterfinal in the inaugural edition of ATP Nur-Sultan in 2020.
Carlos Taberner recorded only his fourth win on non-clay surfaces this year by upsetting Ricardas Berankis in the first round earlier this week, 7-5 6-4. He has won 36 matches in these nine months, and 32 of those wins have come on his preferred surface on clay.
The 24-year-old Spaniard's previous three second-round matches on the main tour this year as well as his only previous second-round match on indoor hard courts have all ended in losses against Pablo Carreno Busta in Hamburg 2021, Stefano Travaglia in Umag 2021, and Filip Krajinovic in Kitzbuhel 2021 and Lucas Pouille in Montpellier (IH) 2018.
Head-to-head: 0-0. Egor Gerasimov is easily the better player on indoor hard courts, and he has won nearly seven times as many matches as the Spaniard on the surface so far in his career. However, his terrible form over the last seven months gives Carlos Taberner equal chances in the pair's first-ever meeting.

With five teams fighting for two qualifying spots in the Indian Premier League (IPL) 2021 playoffs, the UAE leg is all set to explode when Mumbai Indians and Kolkata Knight Riders (KKR) face off at the Sheikh Zayed Stadium in Abu Dhabi. Match #34 will be massive for both sides, considering only two points separate the teams.
Death, taxes and the Indians starting an IPL season with a loss are probably the only constants in life! True to style, the Mumbai unit collapsed to a 20-run loss against Chennai Super Kings in the first match of this UAE leg. The result was a shocker in all senses because at one point it looked like a walk in the park for Mumbai when they reduced Chennai to 24/4. With an even record after eight matches, the ball is still in Mumbai’s court especially considering they have won four of their last six matches in UAE.
The potential return of their top-scorer and captain Rohit Sharma (250 runs, SR 128.20) will be a massive boost. But all eyes might be on Surya Yadav (176 runs, SR 138.58) as he looks to recreate the form that landed four consecutive 30+ scores on the tour to Sri Lanka in his last outing. The impressive Trent Boult (10 wickets, ER 8.50) will once again be their new-ball threat as Mumbai try to regain confidence against a familiar foe.
After a welcome break and a change of place, KKR stormed to life with a massive nine-wicket win with 60 balls remaining – their biggest win in terms of balls remaining. It was the fifth-fastest chase in IPL history and one that helped prop their net run rate into positive territory (+0.110). With the race for the top-four promising to go down to the wire and a chance to replace Mumbai in the top-four with a win, KKR will be praying for a magic wand that can erase their historic struggles against Mumbai.
Kolkata have lost more than three-quarters of their 28 matches against Mumbai, including four in a row. The mental block the Knight Riders have against their opponents here is real, as highlighted by their 12 losses across the last 13 matches. Hopes will be pinned on continuing their performance from their last match, as KKR target back-to-back wins for the first time this season.
Key battle: Rohit loves playing KKR and has 866 runs against them in 22 matches (avg. 50.94, SR 133.64). His last four innings vs KKR have all been 35 or more. His battle against Sunil Narine could be an interesting battle within the battle. The wrist spinner has 22 wickets vs Mumbai that includes a match-winning spell of 4/20 at this venue in 2014.
Stat attack: Trent Boult is the highest IPL wicket-taker among Kiwis (73 wickets) and has taken two wickets in four of his five matches vs KKR.
Mumbai have an 80% win-rate against KKR when winning the toss.
Rahul Chahar has ended as Mumbai’s highest wicket-taker in four matches this season, three of which ended in a win.
KKR have posted the highest opening partnership of the match in their last five matches against Mumbai.
Kolkata have hit the most 6s of the match in five of their last six fixtures.

Paula Badosa did not face a breakpoint in defeating Varvara Gracheva, 6-2, 6-2, in the first round in 73 minutes. The ninth seed, who couldn't clear the qualifyings in last year's Ostrava, struck five more winners (16 to 11) and 11 fewer unforced errors (19 to 30) than the world no. 82.
It avenged her US Open defeat from earlier this month when she lost to Russian in the second round in straight sets. The 23-year-old, who had made just four WTA quarterfinals before 2021, will now aim to enter her eighth quarterfinal of the season with her 7-2 record in the last-16 stages.
Anett Kontaveit defeated Sorana Cirstea for the fifth time in five career encounters. She was broken four times by the Romanian but returned the favor six times to prevail 6-4, 6-4. It equaled her 2020 performance in Ostrava, which ended with a second-round loss to Sara Sorribes Tormo.
The Estonian has been a couple of notch-less impressive than her opponent. Only five of her 16 previous campaigns in the season have led to a quarterfinal, even though she has been a runner-up at the Grampians Trophy and Eastbourne, and champion in Cleveland (second career title).
Head-to-head: 0-0. There is little to separate the pair, who are both placed in the lower-end of the top 30. Anett Kontaveit has the advantage as far as experience is concerned, including owning twice as many careerwise quarterfinal appearances as well as thrice as many hard-court ones.

Mikael Ymer continued his excellent run of form in ATP Tour events with a superb straight-set win over the dangerous Jan Lennard Struff in the first round of ATP Metz. The big-serving German created more breakpoint chances in the match, but the Swede performed better in big points to seal the win, 7-5 6-3.
The talented 23-year-old had never played a quarterfinal match on the main tour before 2021, but he is now a win away from making his fourth consecutive quarterfinal appearance in ATP Tour events — quarterfinalist in Gstaad and Kitzbuhel and runner-up in Winston Salem last month.
World #75 won an impressive 15 matches and two Challenger titles (both in France) on indoor hard courts during his breakthrough season in 2019. However, he couldn't even win consecutive matches on the surface in the following 20 months or so.
Former Junior #3 made it to the second round in a couple of French indoor events in Montpellier and Marseille last year and lost both of those matches in straight sets against Filip Krajinovic and Stefanos Tsitsipas (second seed), 1-6 1-6, and 1-6 3-6, respectively.

Pablo Carreno Busta is seeded #2 and given a bye in the first round as he makes his third appearance in Metz. He failed to win a match during his debut campaign here in 2015 but did well to reach the quarterfinal in the recent edition in 2019, defeating Julian Lenz and David Goffin in straight sets.
The reigning ATP Hamburg and Marbella champion's run of four consecutive quarterfinal (or better) appearances on the main tour ended at the US Open a few weeks ago, where he squandered a two-set lead and suffered a demoralizing defeat at the hands of Maxime Cressy in the first round.
World #16 has gone 32/31 on indoor hard courts so far in his successful career and hasn't played a match on the surface since losing to compatriot Rafael Nadal in the quarterfinal of Paris Masters last year.

Head-to-head: 0-0. Pablo Carreno Busta is by far the solid and consistent player of these two, but he still needs to be at the top of his game to overcome this tricky test against the in-form Mikael Ymer.